Let's make it simple
Sign in for free to enjoy the full experience of DailyHoroscopes
We've sent your personal sign-in link to the email address you used. This is to ensure that no one else will ever use your account.
Please use the link to sign in to your DailyHoroscope account.
Main
>
Money
>
Sagittarius

Money Horoscope for sagittarius
While there is a shift in dynamics on the income front this month but not in the story or the journey itself. Last month began with six planets in your income sector and at one point five aligned to create a mega alignment. The Sun will always spend the first three weeks of January in your income sector and while Pluto has been here since 2008 and Saturn since 2017, their first and only alignment here formed the nucleus of that mega alignment. Because this was a coming together of planets that have been here for years and planets that had returned for your annual update, this made January 2020 the month that everything until now has led up to and everything from now will lead on from. The only planet not part of that mega alignment was Jupiter, with the planet of luck and expansion standing back, knowing that when he eventually crossed that part of the sky it would be rich with income potential. Of the six planets in your income sector at the start of the year, three were part of your annual update and a more mundane and hands on approach and three are here for most if not all of 2020. The last of the faster planets only left on 31st January, with 1st February literally the first day of the real journey. This is also a chance for Jupiter to come out of the shadows and start flexing his muscles. With Pluto here until 2024 and Jupiter until December, it is the planets of change and luck that will influence the coming year. Saturn, the planet that since 2017 has demanded that you put in the groundwork and prepare for the income potential and growth Jupiter has come to create, is preparing to step aside. Saturn will leave next month and while he will return in July before finally leaving in December as well, having created the structures he will stand aside to allow the focus to shift more to income growth. Until then there is a chance for Jupiter, Saturn and Pluto, the power trio to settle before Mars' return on 17th February. The Moon's return to your income sector from 6th February to 8th February will be a chance to check in. The same will be true for money matters as a whole, from 18th February to 21st February.
More Horoscopes for You:
More Astrologers 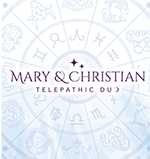 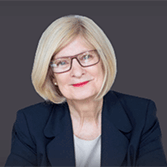 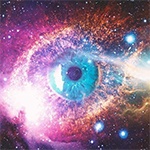