Let's make it simple
Sign in for free to enjoy the full experience of DailyHoroscopes
We've sent your personal sign-in link to the email address you used. This is to ensure that no one else will ever use your account.
Please use the link to sign in to your DailyHoroscope account.
Main
>
Articles
>
Life Path Number: the Right Way to Live Your Life

Life Path Number: the Right Way to Live Your Life

We know that all people are born under a specific zodiac sign which in this or that way makes the person different from others. However, numerology can (and does) influence us just as astrology does! Have you ever heard that you have a specific Life Path Number that can be calculated by your birthdate and shapes your future? It’s high time you found out which is yours!

How to calculate your Life Path Number?

We start with the month, 1, and there is no need to reduce the number.

The first number in numerology, just like the first sign on the zodiac, is all about action, motion, and initiative. 1 stands for independence and leadership and typically characterizes people with bright personality and limitless ambitions. The negative sides of such people are a tendency to being too bossy or boastful and hiding their insecurities behind the mask of egoism. Don’t forget that you can easily pass from being the first to being lonely!

The number is about sensitivity, harmony, and balance. In numerology, the vibes of number 2 work as the mediator that brings together the most distant things through kindness and compassion. The number is also a symbol of intuition and psychic abilities who can easily deal with energy shifts and small emotional outbursts. On the other hand, number 2 is about sensitive people who may eventually start feeling unacknowledged or underappreciated. The task of such a person is to learn to look for the equilibrium inside, not outside.

The number connects 2 important powers – creation and communication. People who have number 3 as their Life Path Number are usually in this or that way connected to art or literature. The things you do motivate and inspire others and those belonging to the number feel really happy when they make other people smile. At the same time, number 3 people can be moody – if they see that others don’t understand or don’t support them, they can entirely withdraw. Look for the way out in your active imagination – find a couple of important moments to reset and restore.

Number 4 possesses earthy energy and concentrates on its roots. Lofty matters are not about the number – it believes in the physical world only and is sure that to build a long-term legacy it’s essential to start with a solid infrastructure first. The people who have this number for their Life Path are typically hardworking, accountable, and pragmatic and prefer to live and act basing on logic. The bad things about the number’s personalities lie in the same qualities – solidity can turn into rigidity quickly and rules become not just something to follow but something to worship.

The symbol of freedom among the numbers, number 5 can be defined as progressive, audacious, and broad-minded. To explore the world around, number 5 resorts to all 5 senses and it learns the most important lessons through spontaneous bravery. In terms of signs, number 5 is the closest to Sagittarius – the sign known for its self-abandonment and playfulness. However, there are still some factors about those belonging to number 5 that it can’t boast of, e.g. intolerance and restlessness. These people keep looking for something new for all their life and sometimes feel it too hard to accept daily responsibilities. Remember that the most extraordinary things can be found in your own backyard!

Number 6 is the healer of numerology. People who belong to it possess supportive and nurturing personalities who can cope with problems that appear in both emotional and physical worlds. They have an ability to help others using a rather straightforward yet gentle way. People of number 6 are very responsible and care a lot about their friends and dear ones. Besides, they communicate with kids and animals easily and naturally. On the other hand, people of number 6 tend to be overprotective and even controlling. Try to learn to trust other people more!

People of number 7 are the so-called detectives of numerology. They typically possess great analytical skills and investigative abilities. If we compare the number with signs, it looks like a mix of Scorpio and Virgo – very attentive to detail but driven by the wisdom that lies inside the minds of people. Quick-witted 7 can, however, behave like a perfectionist and become overly skeptical. If you have this number for your Life Path, try to look for a proper balance between your perfectionism and fun.

People of number 8 are concentrated on financial success and material stability. These people are usually very ambitious and goal-oriented and easily become leaders when they make use of their natural magnetism. They willingly rush to the top of every ladder that can help then reach great heights. On the other hand, big power can lead to significant responsibility and people of number 8 easily turn into workaholics. The bad thing about it is that these guys can become overly possessive. To avoid it, try to share your success with others and contribute to society or your dear ones.

The final digit in the line, number 9 is the symbol of an old soul that’s been everywhere and seen everything. In its turn, number 9 can share its experience and stimuli with others. The most important mission of the number is to reach enlightenment and consciousness in their highest forms and for people of the number, it’s essential to reach spiritual awareness in their turn. Number 9 isn’t afraid of changes and willingly inspires others. The only thing for those belonging to number 9 to keep in mind is that they should find the proper balance between tangible reality and pure fantasy.

Learn more about numbers 10 to 19 now!
Click the button and get the meaning of each number!
See numbers
Every coin leads to a new horoscope. Click to leave a $1.39 tip! 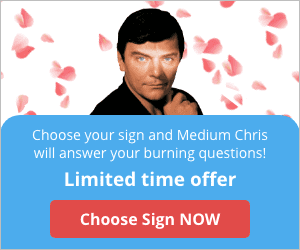